Well. It was a helluva weekend with Team Bootcamp Effect at Tough Mudder up in Whistler. It was great to see a lot of people challenge their bodies, band together, face some fears, jump in frozen lakes, scrape some knees, accumulate some bruises, dirty some showers, write on some underwear, throw away some shoes, walk through electric wires, and maybe get a headband? 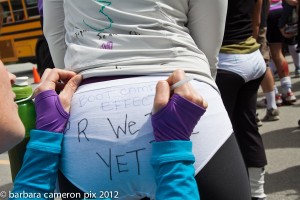 And to feel like you had become part of something that is more than a congratulatory beer and headband, but an unspoken group of 15,000 touted as the in-fit and insane of Vancouver, who upon being asked would say, I would do it all again.

Here’s 32 things from tough mudder that I liked. You can enlarge all photos with a click. Like this post if you feel the same and add some of your favorite memories below.

1. Ed Tack trying to organize the next tough mudder 2 hours after with me via phone, and at breakfast the next day, all the while with bruised ribs from running up Mount Everest! What a guy! He’s planning on us having a 150 for next year to Tough Mudder Vancouver 2 in August 2013 and going up in a bus! We’ll try not to let him down.

2. Darren Houldsworth joined The Bootcamp Effect to train for the tough mudder. After seeing him post challenge he says,”it was a lot easier than I thought it would be.”
I like that…I LIKE THAT! And now he’s already signed up for Tough Mudder Seattle under the team that Darren started. And he needs a new challenge! Anyone have any ideas for him?

3. Erin and Darren Houldsworth taking care of us in the rain when we were cold and shivering. Was standing in the windy rain waiting for the bus harder than the tough mudder???? Here’s how a few of our bootcampers looked… 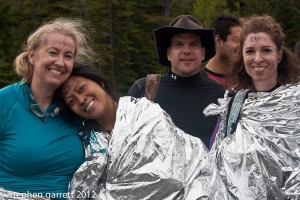 4. Kurt’s facepaint. He looked like the Ultimate Warrior from WWE wrestling. Comparison photos go! And instantly made me ask if he had extra facepaint so I could do it too. 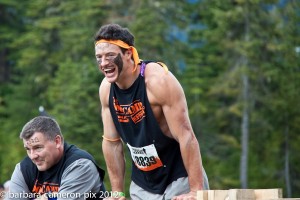 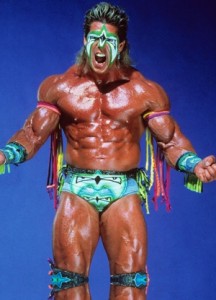 5. And how about the last minute additions!!!! Rani was able to borrow Poonam’s id and sub in for her last minute. Great move on all sides because someone who could do it was able to, and somebody who was injured saved their money. I think I called her Puma at least 5 times.

6. Krystine pretending to be Neill? I have no idea how she swung that, but if she didn’t we would have missed out on pictures like this and it just wouldn’t have been the same without ya! We were able to get a pic of our last minute additions in action below! 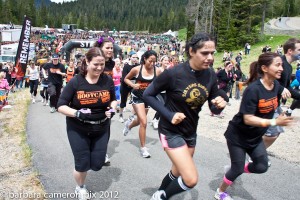 7. All the great pictures snapped by Scott Moye and Barb Cameron! I’m not one for taking or being in pictures but it was great to see and relive the action! Email barb@barbaracameronpix.com if you want to see them.

8. Being able to help people get over the berlin walls. 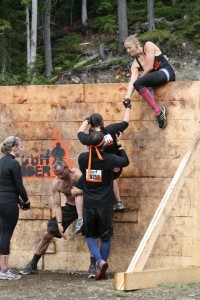 9. With respect to the last one, Craig McMaster, you were a beast that day! The man could have bolted along like a 49 year old with abs, but decided helping out and helping people get over those 12 foot walls what was it was all about!

10. Becky Arthur going back down a mountain that she just climbed to help other bootcampers. That girl’s got heart! Here’s her and Emma still looking good after 20k. 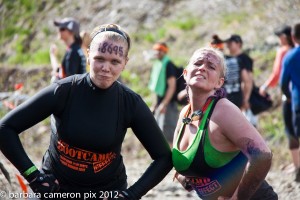 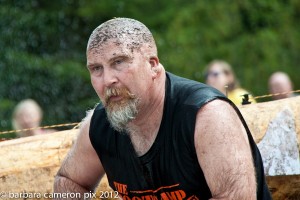 12. Jason Robertson grinding it out post injury and wearing a cowboy hat to the event. 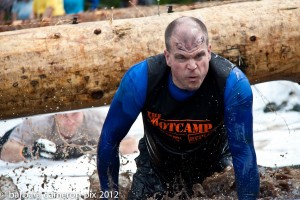 13. Having a lot of spectators come out and support their friends and spouses! And wearing The Bootcamp Effect Tough Mudder shirts. Train hard play dirty or for you tweeters #trainhardplaydirty

14. Seeing bootcampers like Ashley Bernardo who were doing the event but not on our team. I think she got engaged that weekend too? Let’s all give her a hoooo raaah! 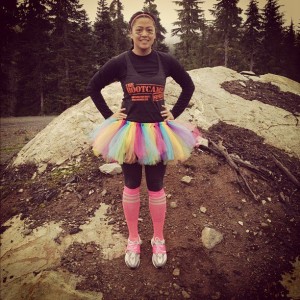 15. Getting to see a lot of people along the 20km challenge – I think I ran it along the way with about 20 people from the bootcamp.

16. Not getting to see everyone else on it. I’m liking the idea of next year being a giant group or 2.

17. Jumping into the ice, I mean lake, and not being phased at all by the cold. Perfectly prepared for all elements with the high socks, core shorts, and under armor. I mean I get cold walking around Langley with a hoodie, but at tough mudder, not cold.

18. Having more mud on my face than I have ever in my life. God help you, if you have had more mud than that on your face! 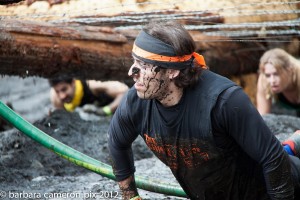 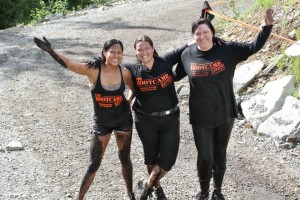 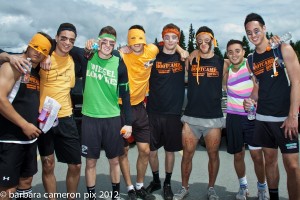 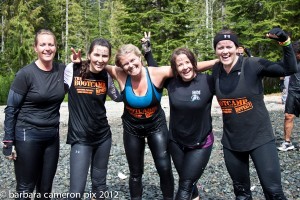 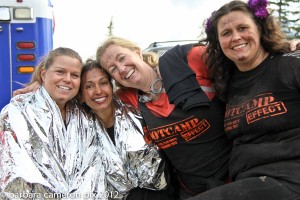 20. Reminding Sonja that this was her idea. 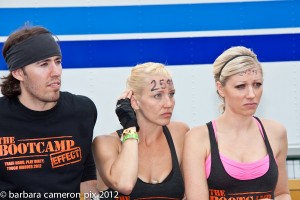 21. The pregame speech that was half listened to?

22. Seeing a black bear a couple of feet away, and realizing that I could not run away from it.

23. Hanging out in the hot tub for a couple of hours the next day

24. Feeling compelled to be apart of it all, even with an injury that I probably shouldnt have done it with.

26. Seeing everyone at the lineup ready to get on the bus, and getting the chance to be a little rowdy. 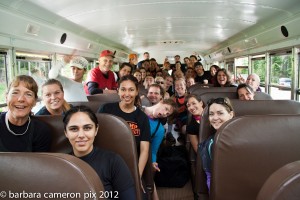 27. Achieving a goal. And finishing it with style. 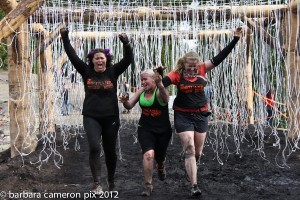 28. The people that came to support us.

29. How Rene never stops smiling (even after she’s been in an ice bath) 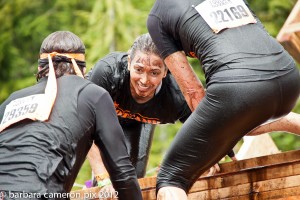 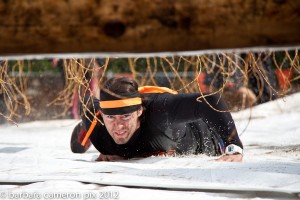 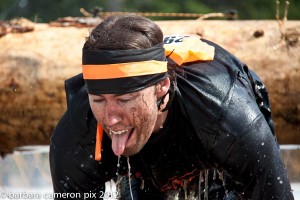 31. Karen for bringing up the rear with me (and watching her put her feet in between the monkey bars and climbing along the top)…. 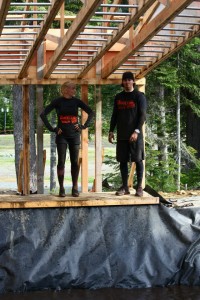 32. And a good team picture 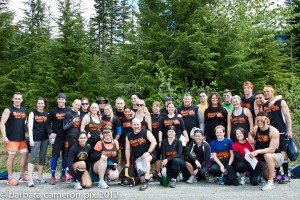